Legend has it that Sloan’s Lake was created in the early 1860’s when a farmer, cattlemen, and homesteader
named Thomas F. Sloan was digging water well on his ranch, which sat on about two miles west of the newly incorporated city of Denver. 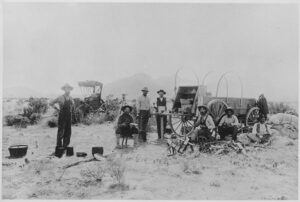 Sloan believed he had simply tapped into the underground aquifer, but instead he had inadvertently created an artificial spring, and when he awoke the next morning he found much of his property more than a bit over-irrigated. The water kept flowing until more than 200 acres of land were submerged, becoming the lake that bears his name today. 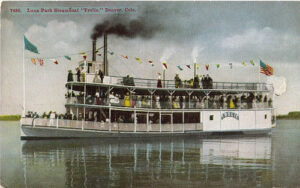 In fact, Sloan’s unfortunate error altered the geography of west Denver in more ways than one; at the time his property lay along the main road that connected the city with Golden, and when things were redrawn, to accommodate the new lake, Denver’s main east-to-west thoroughfare became, not the South Golden Road but the famous Colfax Avenue. So in a sense, every time you drive West Colfax you’re taking the long way around Sloan’s farm!

Please wait...
Want to be notified when our new posts are published? Enter your email address and name below to be the first to know.